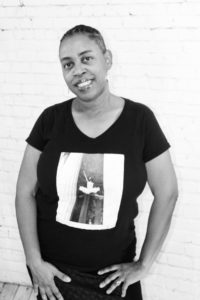 Paula Chase-Hyman doesn’t mind being known as a Jane of all trades, Queen of none.

But a single theme has followed throughout her career in communications—keeping her finger on the pulse of teen culture. From starting her own mentoring group at Annapolis Senior High School in ’94 to coaching her Green Hornet cheerleaders to Grand Champion (ahem, twice), Chase-Hyman refuses to squash her inner teen diva. Luckily, her long memory for all things young led to a career writing young adult novels.

Did you always want to be a writer?

No. I never wanted to be a writer until I showed up at the techie company I was working for and the doors were locked and the lights were off. Luckily I got this lovely little thing called a severance package, which means a company pays you to not come in ever again. Very cool!

I took a year off from “real” jobs and started freelancing full-time. I wrote for Girls Life, Sweet 16, Upscale and Baltimore Magazine. A few months into it I woke up with the characters of So Not The Drama swimming in my head and immediately started banging out the story. Since severance only lasts for so long, I ended up going back to work full-time, eventually. So now, I have two full-time jobs—writing and marketing—three if you count being a wife and mom…oh wait, that’s four.

Do you need to go to college to be a writer?

No. But then where would you do all of your partying if you didn’t go to college? Seriously, some writers have a Masters in writing. I’m not one of them. But I know a few and I try to stand real close hoping their smart rubs off on me.

Me, I have a plain old BS (that’s Bachelor of Science, wiseacres) in Communications with a concentration in Public Relations. It wasn’t enough for me to focus only on writing. I wanted to sharpen all of my skills like running my mouth and creating pretty things on the computer. I’m finding they all come in handy when it comes to promoting my work.

What’s up with #SupportArtists? 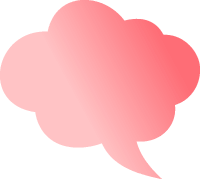 I’m lucky enough to come from a family that believes in Art as a profession. To us, being a visual artist, writer, dancer or musician are REAL jobs. I’ve run into far too many people who scoff at the Arts as a profession due to how little it pays and how competitive it is. I started #SupportArtists as a way to start in my own back yard, by bringing attention to the artists (including myself) in my family.

My daughter, Bird (that’s her on my shirt), is studying classical ballet at a conservatory. To celebrate her new adventure, we did a photo shoot. When we got the photos back, I realized how the artistry of her body movement and the photographer’s eye made the most beautiful pictures. Capture The Seen (photog extraordinaire) made the photos available with a portion of the proceeds going toward Bird’s dance studies and #SupportArtists came into full bloom. Proceeds from the Lovely Strength tee-shirt went toward pointe shoes. While training, Ballet dancers can go through a single pair in less than two weeks. And sometimes a single pair in one performance.

Those who purchased a tee-shirt, or a photo from her Tiny Ballerina gallery, were not only supporting her journey but also Seen’s visual artistry. It’s an easy way to support the Arts and multiple artists at once.

A portion of the proceeds from tee shirts also go to The Brown Bookshelf (I talk about that a little later on this page). It’s the little things that mean a lot to an artist. Being seen primary among them. The tee is a great way for Seen and Bird’s work to be seen. And you get a teeshirt, for crying out loud. Who doesn’t want a tee?!

Don’t writers create their characters based on people around them? And shouldn’t those people be paid for being their inspiration?

So all writers are rich, right? Can I come party at your mansion and hang out with celebs?

Yuh, Jeeves will be waiting for you at the door.

Writing can be a satisfying career. It definitely is for me. But making LOTS of money from it…meh, sometimes it happens and sometimes not. Still, it’s the first and only job I actually use the word “love” when I’m talking about it. And getting paid to do what I love is priceless. Corny, I know, but true. If I ever do become rich, I’ll hol-la.

Who’s the most famous person you’ve ever met?

Don’t laugh. Flavor Flav. We hung out once when I was in college. That was back when Public Enemy was the shizz and I could sleep in until 11 a.m. (if I ditched my 8 a.m. Econ class). I haven’t met any others, but I interviewed quite a few R&B music artists when I was freelancing. Jaheim, Vivian Green, Floetry, and Brian McKnight to name a few.

Are all your books about girl drama?

Just how glamorous is being a writer?

Ooh, let’s see. There’s…no. Oh, but then there’s…shoot, that’s not too glam, either. Look, if you have voices in your head that don’t quiet down until you write what they’re jabbering about, you’ll probably become a writer. They’ll force you to. And if you think staying up until 3 a.m. to meet deadlines, getting marked up copies of what you thought was your best work with a fafillion changes from your editor, spending half the day doing school visits (well, those are cool) and the other half finishing up a few chapters is glamorous, well then welcome aboard! It’s hard work. But then what isn’t?

So, how do I get started? 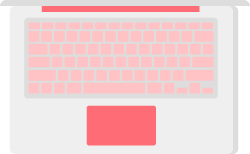 Well…write. Every writer will tell you this—writers write. You won’t become a writer by announcing periodically that you’d like to become one. Write. Write all the time. Blog, make your emails and letters wittier, keep a journal, join the school paper, whatever. Just try and write as much as possible. Each time you do, your writing will get better.

Honestly, too many to name. But I can confidently point you to The Brown Bookshelf for some great recs. Full disclosure, I helped found the group so I’m biased. Promoting the need for diverse books is a passion of mine. Outside of YA,  I tend to read lots of mystery, horror and true crime. It really helps keep my mind off the carefree, sunny stuff of my own books. When I do venture into YA, I read authors I’ve met/know.

When I was younger, I adored anything by Judy Blume. And I loved Mildred D. Taylor’s series on the Logan family. I was so excited when my oldest daughter’s class read Roll Of Thunder Hear My Cry that I gushed about it for like five minutes to her teacher. I’m such a book geek! I also loved the Sweet Valley High series. I once met Francine Pascal (SVH creator) and was all giggly like a school girl. Umm…like I said, I’m a total book geek and author groupie.

Can you visit my school?

Yes. Take a look at the school visits page for more information.